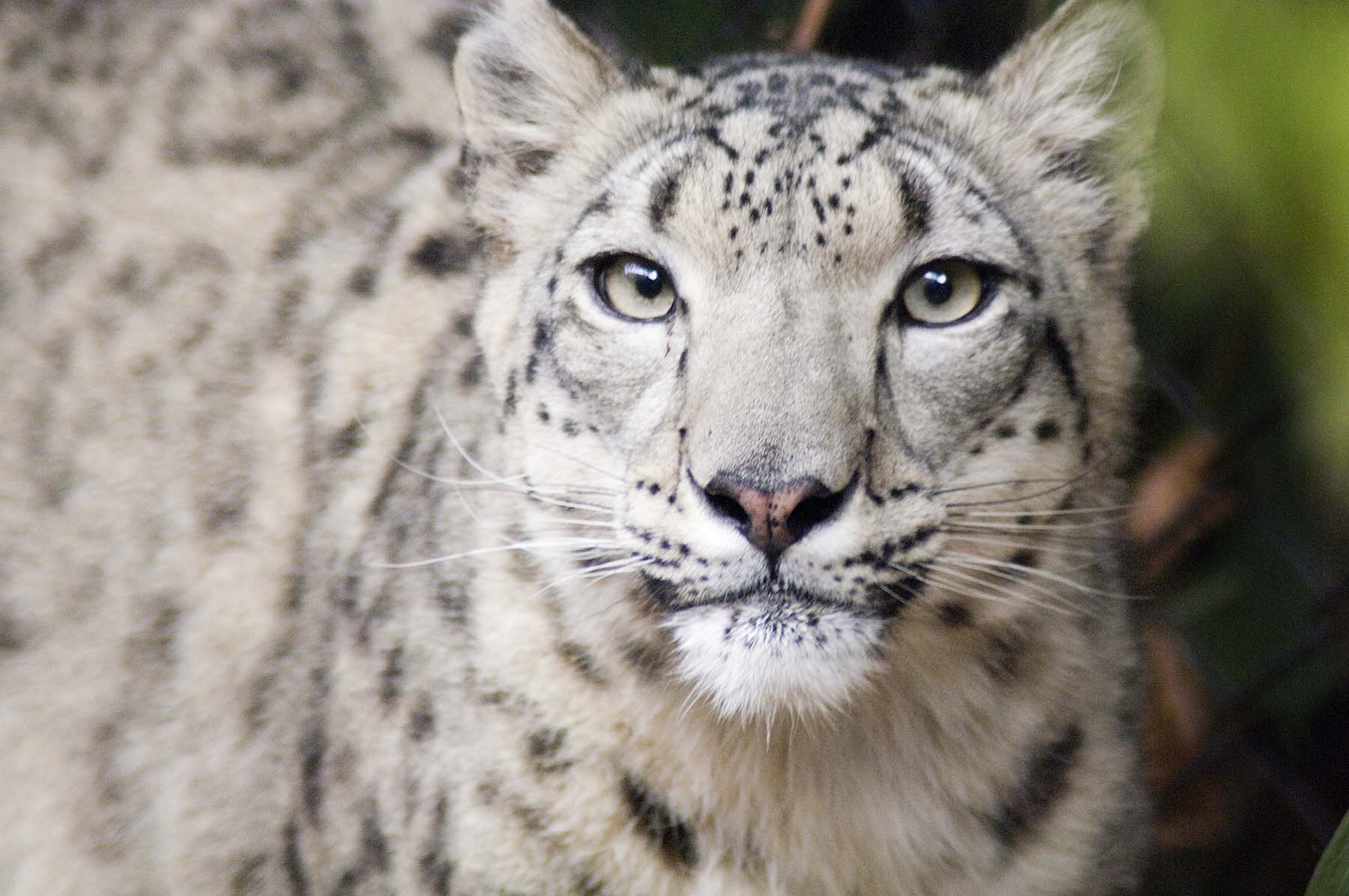 Biologically, Bhutan straddles an area with high biodiversity richness—the Eastern Himalayas. Precipitation from the monsoons, great altitudinal variation, and its location connecting the Indian plains to the high Himalayan peaks on the edge of the Tibetan plateau allow for an amazing assemblage of biodiversity that is still being discovered today. Bhutan is the only place on Earth where snow leopards and tigers share the same habitat. Recent survey results show that both these endangered large cats are not only surviving, but thriving, in Bhutan.

Bhutan is providing new insights on tiger biology. Tigers were once considered a creature of the tropical forests of Asia and the temperate forests of the Russian Far East, but Bhutan has proven to science that one can find tigers even in places above 4000 m. Contrary to earlier assumptions, the middle hills of Bhutan are an equally important haven for tigers. According to tiger biologist Tshering Tempa, Jigme Singye Wangchuck National Park (JSWNP), in central Bhutan, could have as many as 26 tigers, with a density of 2 tigers per 100 sq km.

“Results from our study have changed the way we view our forest. We documented seven species of wild cats in JSWNP and for the first time, recorded tigers with cubs at 2500 m,” states Tempa with excitement. “This is huge for tiger conservation—with adequate prey and contiguous habitat, tigers can adapt to varying landscapes, even high mountains.”

The tiger survey also recorded gaur, a large wild bovid, at 4100 m—a new record for this tropical and subtropical ungulate. “The forests of Bhutan continue to fascinate us through such findings. Our data indicate that the future of tigers and many endangered species in the region will benefit from the pristine and contiguous forests of Bhutan. Imagine, in Bhutan, a tiger can travel all the way from the foothills on the Indian border to the high Himalayas. It is the tremendous prey biomass and habitat contiguity that allow this,” Tempa concludes.

Nawang Norbu, Director of UWICE, posits that Bhutan is a vital link for the survival of true wilderness in Asia today:

“When we think of the Himalayas, the image which is most familiar is that of the high snow-clad mountains. But the Himalayas are more than that. Given that habitats rise from sea level up to alpine meadows within a vertical climb of less than 100 km, biodiversity in all its glory, encompassing sub-tropical to alpine species, can be experienced within a narrow stretch. This diversity and richness of birds, plants and other biodiversity are imperiled across much of the Himalayas due to land-use change and a burgeoning human population. Having maintained a forest cover of over 70% and with more than half of all its land under protected area status, Bhutan remains an exception and continues to provide safe habitats required for most of Himalayan biodiversity. Endangered bird species such as the charismatic Rufous-necked hornbills are common sightings in Bhutan. In Nepal and surrounding areas, such birds are believed to have gone locally extinct. Bhutan still maintains a human population of less than a million thereby exerting minimal pressure on natural habitats. In my mind, there is no doubt that Bhutan is the last refugia for Himalayan biodiversity.” 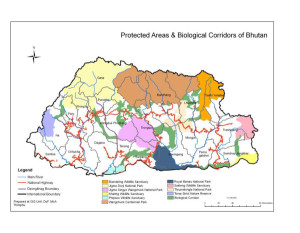 Bhutan’s protected areas and biological corridor network cover more than half of the country. (Map: DoFPS)

“Bhutan has benefited from far-sighted leadership of our kings and subsequent governments. Our responsibility is to pass on this intact environment to our future generations,” states Chencho Norbu, Director General of Bhutan’s Department of Forest and Park Services.

From article “Bhutan: a Frontier for Culture, Biodiversity, and Adventure” / National Geographic