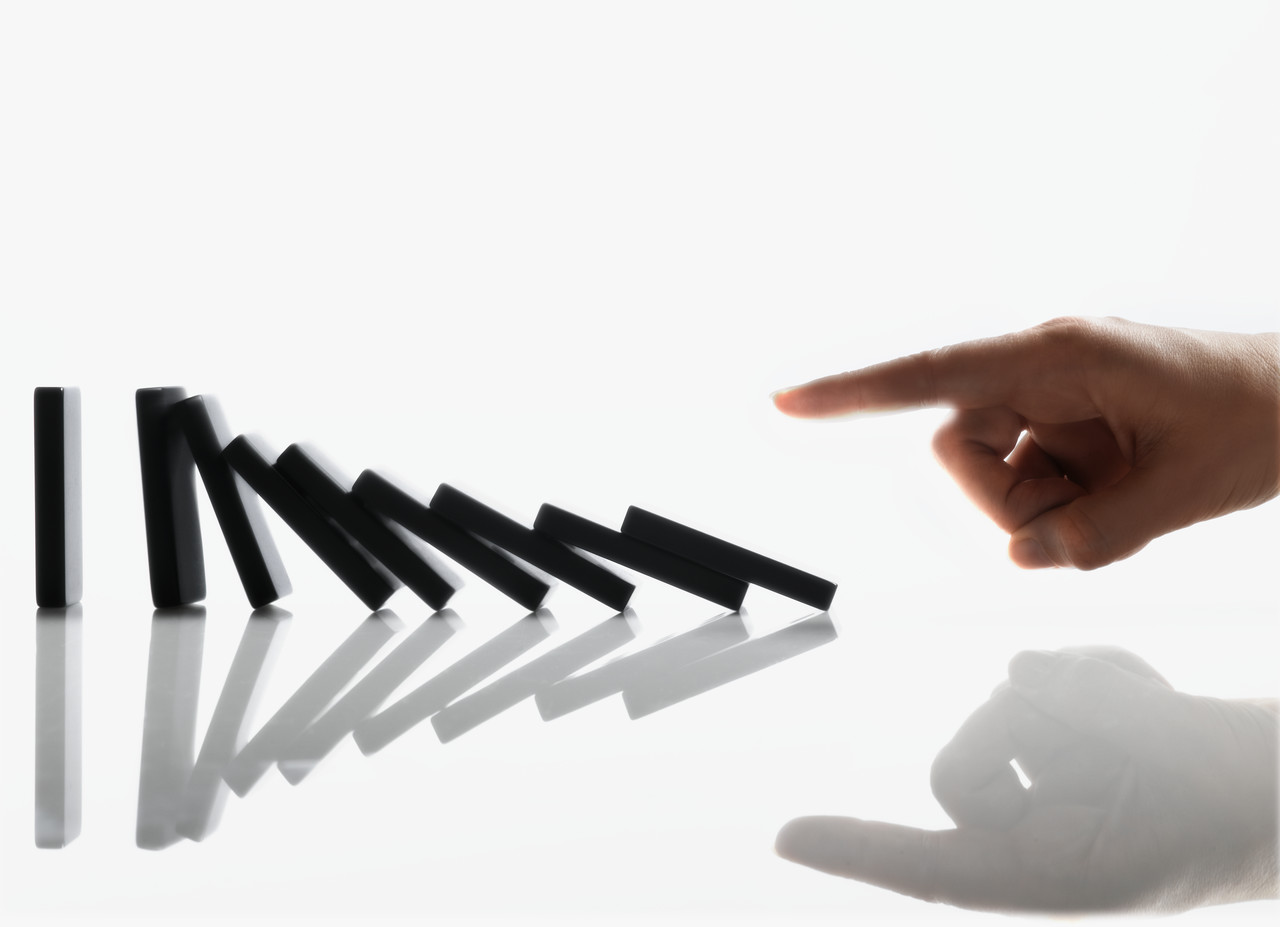 Karma: Can You Live With It?

Over the years I’ve seen people refer to karma in various ways, and it’s clear that the general public isn’t really aware of exactly what karma is, what its function is, and how it’s created. I would like to dedicate this article to dispelling some myths, clarifying the concepts of karma, and also discussing how karma is a very powerful tool which must be viewed with honesty during one’s own journey of awakening.

Let’s start by understanding what karma is, and by contrast, what it is not.

Karma is a an ancient sanskrit word, originating from the word “kamma” which means “action” “word” or “deed”. The concept of Karma originated in ancient India, with Hindu’s, Buddhists and other Eastern Philosophies. The idea of karma is that one’s own actions, words, or deeds are creative on an energetic level as well as physically, and that what you do, think, or say is put out into the Universe as an energetic creative force, and it will then draw back to you, energy of a similar state of vibration.

To better understand this, let’s look at Karma as a Universal law, such as Gravity, the law of attraction, or relativity; for this is exactly what Karma is. Karma is the natural law of “as above, so below”, in that what you do, think, or say on an Earthly level (below) also enacts itself on a higher level (above).

Now we must dispel a few myths attached to the concept of Karma, before going further. I often hear people talk about karma as though it is a person, or an entity, referring to it as some righteous law keeper who rewards the good and punishes the wicked. Karma is not a person, or an entity of any sort. Karma has no conscience or consciousness; Karma is a principle put in place in this free will universe which is tied very closely to duality. We live in a reality which is built upon the principles of duality; you understand that every action has its reaction; and that all things have their mirror. Up is always mirrored by down, happy has it’s counterpart in sad, even life is mirrored by death.

Duality is the way this universe is set in to motion, so that our every experience can be fully appreciated by knowing it’s similarity and its opposite. This is a learning tool which is invaluable to every soul alive; we could never truly appreciate the lush and wondrous sensations of Love and Peace unless we had something opposite by which to compare them to. So to better understand Love and Peace we get to experience loneliness, abandonment, and anxiety or chaos. This is duality. And for such a system of duality to work fundamentally it must be governed by a law which acts as a system of checks and balances; and this law is Karma.

You understand now that Karma is not a person, or a being with a consciousness; indeed it is simply a law of physics, much like gravity. It exists to measure our every action, word, and thought and then deliver us a result, or consequence so that we can fully learn about what we have put forward into the world.

As Karma is a law of the Universe it is not biased, it has no favorites, in fact it is not invested in your words, deeds or actions. Human beings like to personify things like Karma in order to feel validated, but the truth is Karma isn’t personal on any level, it is a natural law of energetic give and take.

How Does Karma Work?

It’s important at this point to note, this is not a system of reward and punishment!! Karma is not about rewarding the good and punishing the wicked; it is a tool by which we can grow, by reaping the rewards or results of our previous words, actions and thoughts. What better way to learn about how what we do affects the Universe energetically, than to have it affect us energetically as well?

Karma is active always; it is a constant law, and is at work in your life every second of every day. Now, being that it is a Universal Law, much like the Law of Attraction, it is wired up to your inner world, and your inner dialogue.

As with the Law of Attraction, you can say nice kind flowery things about someone, yet think negatively about them, and both Laws will disregard what you’ve said, and go to what you have thought – this is because this is where the truth of your energy is present. It is your deepest truth within that activates any Universal Law. How to Keep Karma Positive?

Honestly you can’t keep your Karma positive, the point is not to manipulate Karma, or change it. Karma isn’t set in place to make you try to behave; it exists to help you change from the inside out. And that change can only come through experience, self-awareness, honesty, and ardently trying to become the highest and brightest version of yourself that you can.

So rather than trying to keep your Karma positive, focus on being a kinder and gentler person. The ways you can affect your Karma are so simple; follow your intuition. Intuition is a direct link to your Higher Self, or your Soul. And your Soul always knows what is best; Love. When in doubt, ask yourself “what would love do?” If you respond from that place of Love within you then you can be sure your Karma will be balanced.

Making Conscious Choices and Living With Them

So now that we have a better understanding of Karma, as a Universal Law of balance and equanimity, we can talk about living with the results of your actions, thoughts, and words. There will always be opportunities in this world to react out of anger, or sadness, or jealousy etc, and while most of the time I would say “turn the other cheek” and just let it go, there are times when you just have to express your negative feelings in order to stand up for something or some one, or to make a point, or defend yourself or a loved one. We can’t always turn the other cheek and sometimes you have to do something which will undoubtedly turn your Karma into the negative. If you are aware of this, and have weighed your options, consulted your intuition, prayed about it, and still feel you must stick by your convictions, then you must ask yourself “can I live with the Karmic results of this?”

And you must understand, Karma works in mysterious ways, and the cost could be anything from a “bad day” to an illness, or some great loss in your life. Depending on what you put out there, what you receive back could be life changing. So always be certain you are prepared to receive your Karma, before you do anything which will draw any negative Karma back to you.

Karma seems to work at it’s own pace too; sometimes Karma plays out quickly, other times it seems to take ages. In fact lots of Karmic debts play out over several lifetimes. Depending on the amount of harm you’ve caused, you may carry Karma over into the next life, in order to truly learn from the negativity you have caused and expressed to the Universe.

So instead of worrying about what your Karma may be in the future, work towards clearing your Karma in the now.

How do you do this?

Get Honest, Humble, and Aware.

Sometimes you can clear your Karma with a simple heart felt apology. But giving that apology must come from a place of humility within you, where you realize you’ve caused harm. It is best to always follow your heart; if you’ve treated someone with less care than you’d like to be treated, perhaps you should take the time to right that wrong. It’s best to always act from Love, as opposed to letting your ego feel “right”. Most acts of negative Karma come from the ego itself, and it’s need to be the center of attention, it’s need to be right and validated and revered. But we know that the ego is an illusion; it is a false self which we build up around us in this very mundane world of petty insecurity. The ego wants more, whereas Love wants to express itself. So express yourself honestly, with the highest intentions of giving love, and creating positivity all around you, and if you’ve done or said something in your life which you regret; make amends. And don’t do this to make your Karma different; do it because it is simply what Love would do.

The next time you wish someone’s Karma upon them, remember that Karma is always at work, in their lives, and in yours. Karma reacts to our deepest thoughts, and our every action, so instead of focusing on how so-and-so needs a good dose of Karma, focus on yourself, and what you’re putting out there. If you can live with yourself, chances are your Karma will be good. If guilt eats at you in some way, it’s a good time to start making a humble attempt to make things right between yourself, and anyone you’ve hurt, in any way.

With that said, I wish you the deepest Love that is within you — may it blossom through your every deed, word, and thought. With abiding Love, Dee.