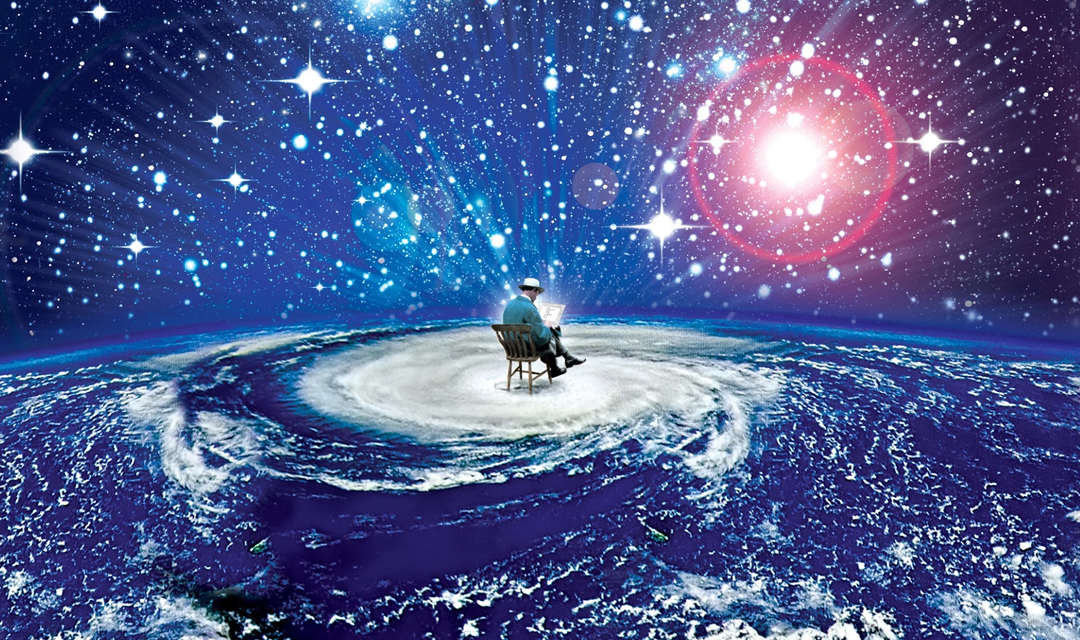 Vibrate The Cosmos – Your Thoughts & Intentions Can Create Your Path

We are such slaves to our 5 senses. And it always takes science to ultimately demonstrate that what we do perceive with our sense is, in fact, not true. And it will be science that will show the masses what many of us already know – that our thoughts have energy and vibrate, just like everything else. When they are aligned with the order and perfection of Universal Mind, the sky is literally the limit of what we can attract into our lives. For the laws of vibration and attraction are inextricably linked.

The Science of Energy

We now know, thanks to breakthroughs in quantum physics, that everything which exists, when broken down into its base elements, is nothing but energy. At the sub-atomic level, there is no matter – only energy and vibration. And because everything reduces to just energy, all that we see in the universe, including ourselves, is made up of the same stuff, just at different vibration levels, to form the matter around us.

Because everything vibrates at a different frequency, things are separate from one another. A tree vibrates at a different frequency than a table. We are vibrating at a unique frequency too, and so we see ourselves as separate from everything else around us and from one another. But at our lowest level, that level of pure energy, we are actually all part of one energy field. Some quantum physicists call this the “unified field.”

Now, a floor looks still and solid. Inside that floor, however, sub-atomic particles are dancing around, full of energy. That floor is only energy. But it looks solid to us, and it feels solid to us. This is, however, only an illusion, because what is real is that which we cannot see.

The “Seeing is Believing” Mentality

Until Anton Van Leeuwenhoek invented the microscope in 1666, there were many things we believed to be simply untrue. We didn’t think that little critters crawled around on our skin or that our water was filled with tiny creatures that we were actually drinking. No one believed it until science proved it.

There are quite a number of other examples of this “seeing is believing” mentality. The Earth was flat until it was round; the Earth was the center of the Universe until it was not; there was only one galaxy until there were many billions more. The point is this: We humans have a framework of knowledge based upon what we perceive with our senses, until science ultimately tells us we are wrong. Then we set a new framework, and that, too, is ultimately changed by new knowledge. How much of a leap is it, then, to understand that just because we cannot see vibrations does not mean they don’t exist? In fact they do, and science is now telling us so.

We Also Believe in Things That We Cannot See

We cannot see sound waves; we cannot see radio waves. And yet we know they exist because we see the results of them. We can’t see thought waves either. But our brains are vibrating with energy just like everything else. Radio waves shoot through the universe. How much of a leap is it to understand that our brains are shooting out thought waves in the same manner? Not much of a leap at all. So, the question now becomes, what vibrations are you sending out into the cosmos?

At What Point Will We Begin to Believe in Our Thought Vibrations?

We cannot see electrical charges, only their manifestations. We see lightning; we turn on a light. And we can measure electricity, even in our brains, through an EEG. Electricity is operating on its own frequency, even in our brains, and our thoughts travel along those electrical waves — they are not solid and they pass right on out into the Universe. At some point in the future, when science tells us this is true, we will be using new methods for teaching children in school how to use their thoughts in the right way to attract what they want in their “worlds.”

The Law of Vibration and the Law of Attraction are Connected

The Law of Attraction tells us that to some degree we attract into our lives what we are sending out. In the Bible, early man said, “Whatsoever ye sow, so shall ye reap.” They had the idea exactly. The Law of Vibration is simply how those thoughts are being sent out into the Cosmos – those thoughts that have so much power. Their power comes from the fact that energy is neither created nor destroyed. So, once those thoughts are out there, they are there forever. We can’t take them back, and we can’t destroy them. And they become part of the thoughts of others too. If enough people send out thoughts of hate and anger, then we have conflict and war. It’s really that simple.

Making the Laws of Vibration and Attraction Work for You

Many people who practice positive thinking regarding their personal, financial, and professional lives are disappointed when nothing manifests. They become discouraged and give up, ultimately claiming that these Laws are not true. It is not the Laws that are false; it is the truth that simply saying or thinking something positive will not overcome the belief patterns that have built up and that are running as “old tapes” through our subconscious minds – beliefs that we don’t even realize we have.

Years ago, Dr. Maxwell Maltz, quite a famous plastic surgeon in New York, came to a realization. He often repaired facial damage caused by car accidents and burns. In fact, he restored his patients to at least the same state as before if not better. He also performed surgery on patients who had really ugly noses, cleft palates, and other deformities. Once the surgery and recovery time were completed, so many of them still felt ugly and remained depressed about their physical appearance. He came to understand that their belief pattern of ugliness was deeply rooted in the sub-conscious, and so he began to study how to change those belief patterns. The result was his book, Psycho-Cybernetics, which remains a best-seller today. In that book he gave the recipe for getting rid of those old belief systems.

You may want money with all of your conscious passion. You send out positive thoughts into the Universe over and over again. Nothing happens. Nothing happens, because deep within your subconscious you are harboring negative thoughts related to money. Maybe the thought is that real wealth is just for only a few, not you. Maybe you have held onto things you heard growing up – money is hard to make; we have to be frugal; there isn’t enough money to have all that we want. You will have to re-program that sub-conscious – dig out those negative beliefs and replace them. You do this with a steady and unwavering daily activity of visualization and affirmation.

See yourself with all that you want; feel it; play scenarios in your head. Couple those visualizations with affirmations about the abundance of the Universe – abundance that is yours for the taking. You are not asking or begging; you are claiming what is yours to have.

You are connected with all of the abundance that is in the Universe – perfect health, perfect wealth, perfect everything! Your vibrations are the same vibrations running through everything. Vibrate that Cosmos with your positive energy and thought; claim what is yours today, right now. Keep claiming it, seeing it, and act as if you already have it. The Laws will work for you.