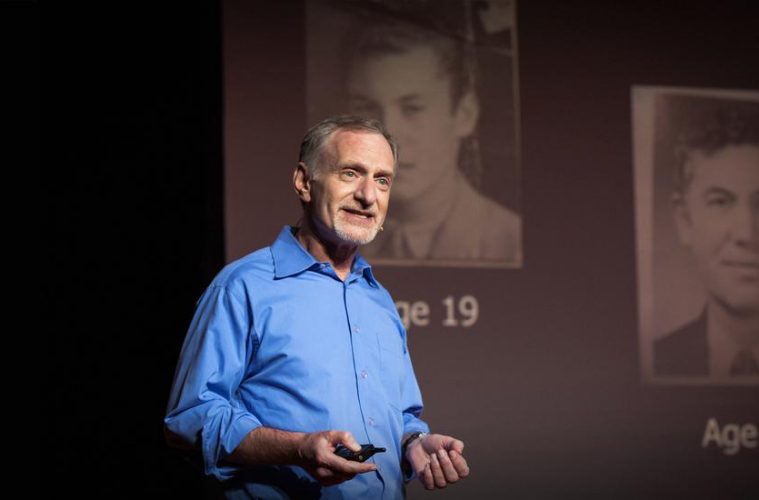 What Actually Makes Us Happy? Lessons From The Longest Study On Happiness (Video)

What is the key to a happy and healthy life? It’s a loaded question. Psychiatrist Robert Waldinger, the director of a 75-year-old study on adult development, shared three important lessons learned from the study, along with some practical, age-old wisdom on building a long life of contentment in his Ted Talk, “What makes a good life? Lessons from the longest study on happiness.”

During his talk, Waldinger discusses a survey of millennials on their most important life goals. He reveals that, among their biggest ones, they want to get rich and become famous.

“We’re given the impression that these are the things that we need to go after in order to have a good life,” he says.

We’ve come to rely on hearsay as a means for distinguishing what happiness is. “But what if we could watch entire lives as they unfold through time? What if we could study people from the time that they were teenagers all the way into old age to see what really keeps people happy and healthy?” Waldinger asks.

“We did that. The Harvard Study of Adult Development may be the longest study of adult life that’s ever been done. For 75 years, we’ve tracked the lives of 724 men, year after year, asking about their work, their home lives, their health, and of course asking all along the way without knowing how their life stories were going to turn out.”

But what’s been learned? The lessons aren’t about wealth, fame, or working harder. “Good relationships keep us happier and healthier. Period,” he says.

What Really Makes Us Happy?

The study has revealed some lessons about relationships. The first is that social interaction is necessary, as loneliness is a killer. Being more connected to family, friends, and community makes for happier, physically healthier, and longer lives compared to people who are less well-connected.

People who are isolated experience a decline in health earlier than those who are sociable. Their brain functioning declines, and their lives are shorter. “And the sad fact is that at any given time,more than one in five Americans will report that they’re lonely,” Waldinger notes.

When you think about it, the idea that good, close relationships are the key to happiness and health seems so much more achievable, so much simpler, than anything else. It’s wisdom as old as the hills, but seems so hard for us to get. Why? “Well, we’re human. What we’d really like is a quick fix,something we can get that’ll make our lives good and keep them that way.”

Messy and complicated things scare us, like relationships. But the people in the study who were the happiest in retirement were those who had actively worked to replace workmates with new playmates. And while they had once also believed fame, wealth, and high achievement were the answers to a good life, the study found over and over again that those who fared the best were the ones who came to the realization that they needed relationships — with family, with friends, with community — to survive and thrive.

And how can we begin? According to Waldinger, the possibilities are endless. It could be as simple as doing something new with your partner, or reaching out to a family member you haven’t spoken to in years.

Watch the full talk below: