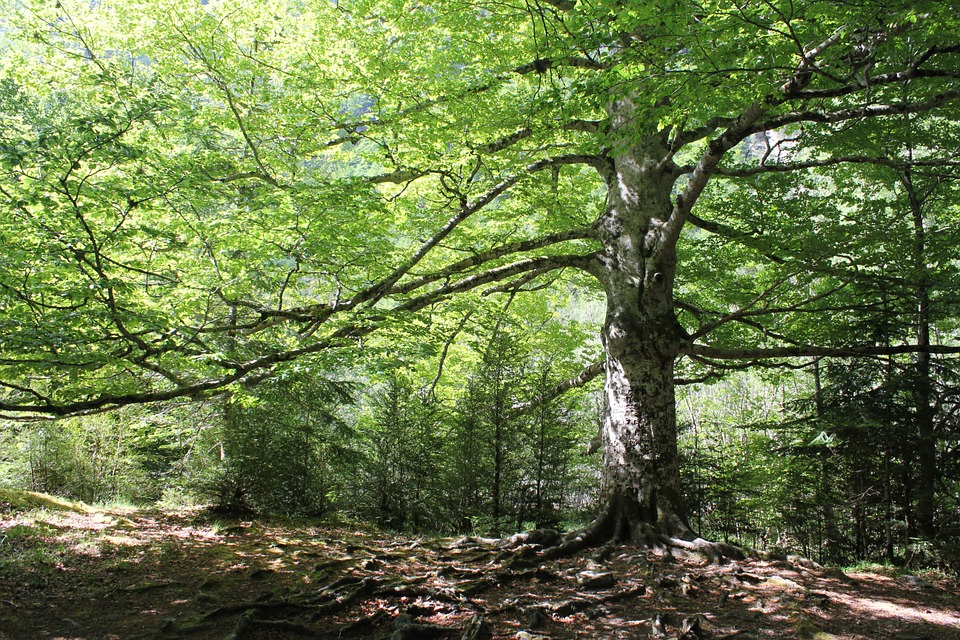 If you’re anything like me, hiking through a forest, camping in the woods or savoring a natural space is a sure-fire way to boost mood, energy and vitality. The Japanese even have a name for it, Shinrin Yoku — otherwise known as forest bathing. And they have science to back-up the physiological benefits — stress markers like cortisol, pulse rate, blood pressure, parasympathetic and sympathetic nerve activity all improve with spending time in the woods. It’s not only the Japanese who have discovered the perks of spending time among the trees, Western researchers have now established that if you want a healthy brain and more resiliency to stress, living near a forest is one of the best moves you can make.

While forest fires continue to rage in Southern California, casting a smoky pall over the mental and physical health of the local residents, new research from Germany suggests that the benefits of living close to trees far outweigh the dangers.

The study looked at older urban dwellers and found that those who lived in close proximity to wooded landscapes had healthier function in the the amygdala region of the brain — a clustered set of neurons that play an important role in regulating emotions, especially fear and anxiety.

Analyzing data on 341 participants in the Berlin Aging Study II, researchers looked at “three different indicators of brain structural integrity” to gather distinct information on key areas of the brain. “Our results reveal a significant positive association between the coverage of forest and amygdala integrity,” note the team.

Surprisingly, lead research Simone Kuehn of the Max Plank Institute for Human Development in Berlin, reported that there wasn’t any such positive association with urban green spaces like parks or near bodies of water. For this particular investigation, it was only living close to forests that showed a tangible benefit for the healthy functioning of the amygdala and processing emotions.

And yet, previous research has established that living in the vicinity of nature — including urban green spaces, as well as trees and gardens in residential areas — has a profound, far-reaching impact on longevity, levels of aggression, cognitive development and even how kind we are to others.

Interacting with natural environments also improves memory and attention, as well as reducing crime. Moreover, it boosts recovery from surgery — even when it’s just a view through a window.

In this study, researchers wanted to know if it was greenery in general (as in bushes, shrubs and grass) or specifically trees that created such positive effects.

“Our results suggest that people who live in areas that have more (and/or larger) trees on the streets report better health perception, after controlling for demographic factors, such as income, age and education.”

The team points out that this increase in health perception equates to the effect of a $10,200 increase in annual household income and the equivalent of being 7 years younger. The researchers add, “Results suggest that people who live in areas that have more (and/or larger) trees on the streets report significantly fewer cardio-metabolic conditions” as well.

Similarly, a paper published by the National Institute of Health found that women have a 12 percent lower mortality rate when high levels of vegetation are near their home.

Using data from the Long-Term Nurses’ Health Study, researchers from Harvard T.H. Chan School of Public Health and Brigham and Women’s Hospital in Boston, analyzed the data of 108,630 women. They found the most significant differences in death rates were from kidney disease (41% lower), respiratory disease (34% lower) and cancer (13% lower). The team believes contributing influences are due to improved mental health and social engagement, along with increased physical activity and reduction in air pollution. Results were adjusted to reflect factors such as age, race, ethnicity, smoking and socioeconomic status.

“It is important to know that trees and plants provide health benefits in our communities, as well as beauty,” said NIEHS director Linda Birnbaum, Ph.D. “The finding of reduced mortality suggests that vegetation may be important to health in a broad range of ways.”

Trees Don’t Just Make Us Healthier, But Happier Too

We all know that rumination is one of the surest ways to stifle joy and contentment. The logic would follow that, if we can stop rumination in its tracks — or at least minimize it — our happiness level will improve.

A case in point is a 2015 study that discovered when 60 participants were randomly assigned to a 50-minute walk in either an urban setting (along a multi-lane road) or in a natural setting (oak woodlands), those who walked in nature experienced lower levels of anxiety and rumination, as well as increased levels of positive emotions and improved performance on memory tasks — compared to the urban walkers.

A subsequent study specifically looked at how walking in nature influences rumination — which has been linked to the onset of depression and anxiety — using fMRI technology to map brain activity. Participants took a 90-minute walk in either a natural or urban setting and had their brains scanned before and after the walk. They were also surveyed on self-reported rumination levels, along with other psychological classifications. Heart rate and pulmonary functions associated with physical exertion levels were taken into account. The results?

“[P]articipants who walked in a natural setting versus an urban setting reported decreased rumination after the walk, and they showed increased activity in the subgenual prefrontal cortex, an area of the brain whose deactivation is affiliated with depression and anxiety—a finding that suggests nature may have important impacts on mood.” [source]

However we look at it, trees are good news for our health and well-being, which is why, now more than ever, we need to protect natural spaces and cultivate more green areas in urban environments. The Arbor Day Foundation, TreeSisters and web browser Ecosia are a few of the many outstanding organizations who are working hard to plant and maintain trees locally and worldwide.

The tree revolution has begun.