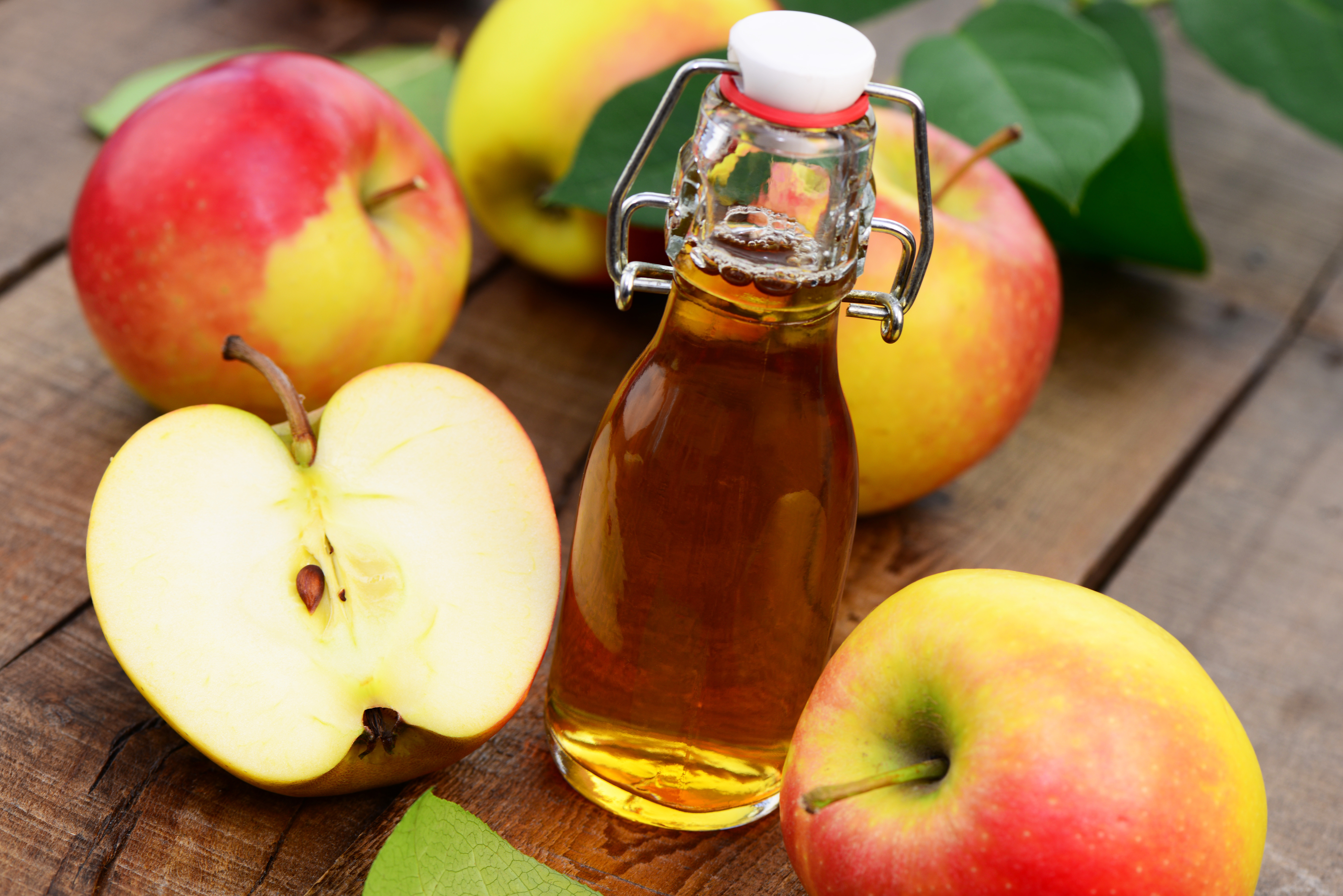 The question is not what Apple Cider Vinegar can do, but what can’t it do. As a folk remedy, it has been credited with curing everything from the flu to warts or sunburn to dandruff. However, it also can help reverse many serious diseases that many would immediately turn to pharmaceutical medications to solve.

The benefits of apple cider vinegar come from it’s healing compounds which include acetic acid, potassium, magnesium, probiotics and enzymes. Science has verified this through empirical evidence observed through the ages.

The effect of apple cider vinegar on blood sugar levels is perhaps the best researched and the most promising of its health benefits. Several studies have found that vinegar may help lower glucose levels. For instance, a study (White, A. Diabetes Care, November 2007) of 11 people with type 2 diabetes found that taking two tablespoons of apple cider vinegar before bed lowered glucose levels in the morning by 4%-6%. In another study from Arizona State University, subjects took a drink of 20 grams of apple cider vinegar and 40 grams of water. Those with insulin resistance who drank the vinegar had 34% lower postprandial (after-meal) glucose compared to controls.

Vinegar may be the most cost-effective diabetes medicine in history, but most people with diabetes still aren’t aware of its benefits.

This miracle vinegar helps to break up mucous throughout the body and cleanse the lymph nodes. Believe it or not, research suggests that apple cider vinegar can help with allergies because of its ability to reduce mucous and sinus congestion. When reducing the effects of allergies, it can also help stave off sinus infections and their related symptoms, such as sore throats and headaches.

A 2006 study reported in Medscape General Medicine, showed evidence that ACV could lower cholesterol. In a study published in a foreign medical journal, scientists found an apple cider vinegar-enhanced diet may increase HDL (“good” cholesterol) and reduce levels of triglycerides, while research in rats also suggests that apple-cider vinegar can help control triglycerides and cholesterol (Journal of Agricultural and Food Chemistry, June 22, 2011).

A large observational study found that people who ate oil and vinegar dressing on salads five to six times a week had lower rates of heart disease than people who didn’t. Researchers have suggested that ‘this reduction in blood pressure may be caused by the significant reduction in renin activity and the subsequent decrease in angiotensin II’. Potassium in the vinegar ‘balances sodium levels in the body, which aids in maintaining blood pressure within healthy limits’ and ‘apple cider vinegar also contains magnesium, a mineral that works to relax blood vessel walls and thus lower high blood pressure’. Another study in rats also found that vinegar could lower high blood pressure.

Apple cider vinegar helps the body maintain a healthy alkaline pH level, and some ‘alternative’ practitioners recommend using apple cider vinegar to help balance the body’s alkaline/acid levels. The theory behind the alkaline diet is that our blood is slightly alkaline (with a normal pH level of between 7.35 and 7.45) and that our diet should reflect this pH level as the body constantly strives to achieve this state of equilibrium.

Research shows that higher acid levels (lower pH level) leads to a lack of energy and higher incidences of infection. Proponents of the alkaline-acid theory believe that a diet high in acid-producing foods leads to lack of energy, excessive mucous production, infections, anxiety, irritability, headache, sore throat, nasal and sinus congestion, allergic reactions, and increased risk of conditions such as arthritis and gout.

For thousands of years, vinegar has been used for weight loss. Why? White vinegar (and perhaps other types) might help people feel full. A study (Ostman, E. European Journal of Clinical Nutrition,2005) of 12 people found that those who ate a piece of bread along with small amounts of vinegar felt fuller and more satisfied than those who just ate the bread.

A 2009 study on mice showed that consuming acetic acid (the active component in ACV), upregulates the expression of genes for fatty acid oxidation enzymes in the liver causing a suppression in body fat accumulation. In a double-blind experiment, obese Japanese were assigned to three different groups based on similar body weights, body mass indexes (BMI), and waist circumference. Each group drank a 500 ml drink containing either 30ml, 15ml, or 0ml of vinegar daily for 12 weeks. Those in the 30ml and 15ml groups had lower BMI, visceral fat area, waist circumference, serum triglyceride, and body weight to the control group of 0ml. The 12-week weight losses were modest: 1.2kg in the 15ml group and 1.7kg in the 30ml group. These two groups consumed a similar number of calories to the control group and also performed a similar amount of exercise, so the effect is not likely to have been due to an impact on appetite or other lifestyle changes. It was concluded that consumption of vinegar might reduce obesity.

Unpasteurized or organic Apple Cider Vinegar (ACV) contains mother of vinegar, which has a cobweb-like appearance and can make the vinegar look slightly congealed. It’s the best way apple cider vinegar should be consumed.